Do you recall a few years ago when Donald Glover posted a series of photos on his Instagram relenting his fears of the future written on a hotel napkin?

Or do you ever think about or notice how celebrities tend to reach their lowest points in a hotel room? 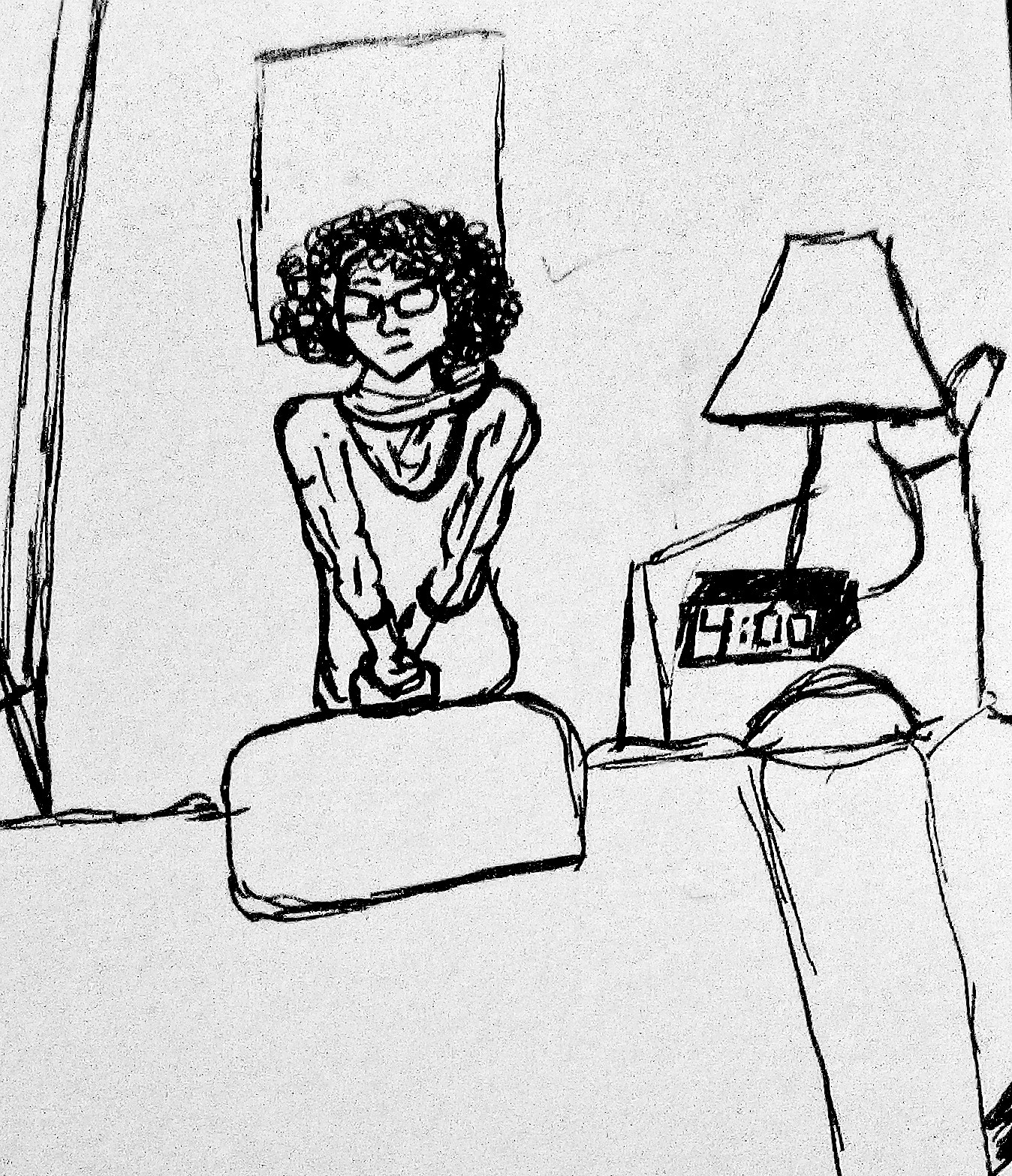 For some reason, a hotel room, especially when traveling alone, has a way of amplifying your disconnectedness and makes you question your sanity.

For the past five days, I was in Chicago for a series of educational tranings. My coworkers, who were unable to attend, were jealous and rejoiced on how great it would be to have a hotel room to themselves. I did not have any expectations, but by night two, I was overcome with an unshakable feeling of dread and an overwhelming feeling of loneliness. That night, I proceed to weep in a dark, stale room.

Maybe it was the fact I was no longer in a space that was my own or where I felt comfortable. There was nothing I can do to make it feel like home.

Maybe it was the building an existential crisis; here I am lying on a bed a hundred people, maybe even a thousand people, have laid in. My presence here does not make a difference and the housekeeping staff is just waiting for me to leave.

I had anxiety about this whole trip, I was going to be forced to network and be stuffed in a room with over 600 other people. My stomach ached the whole trip and my insomnia was the worst it has ever been. The taupe colored walls and the stained carpet did nothing to ease my stress and troubled mind. Despite my view of Lake Michigan from a dingy east facing window. 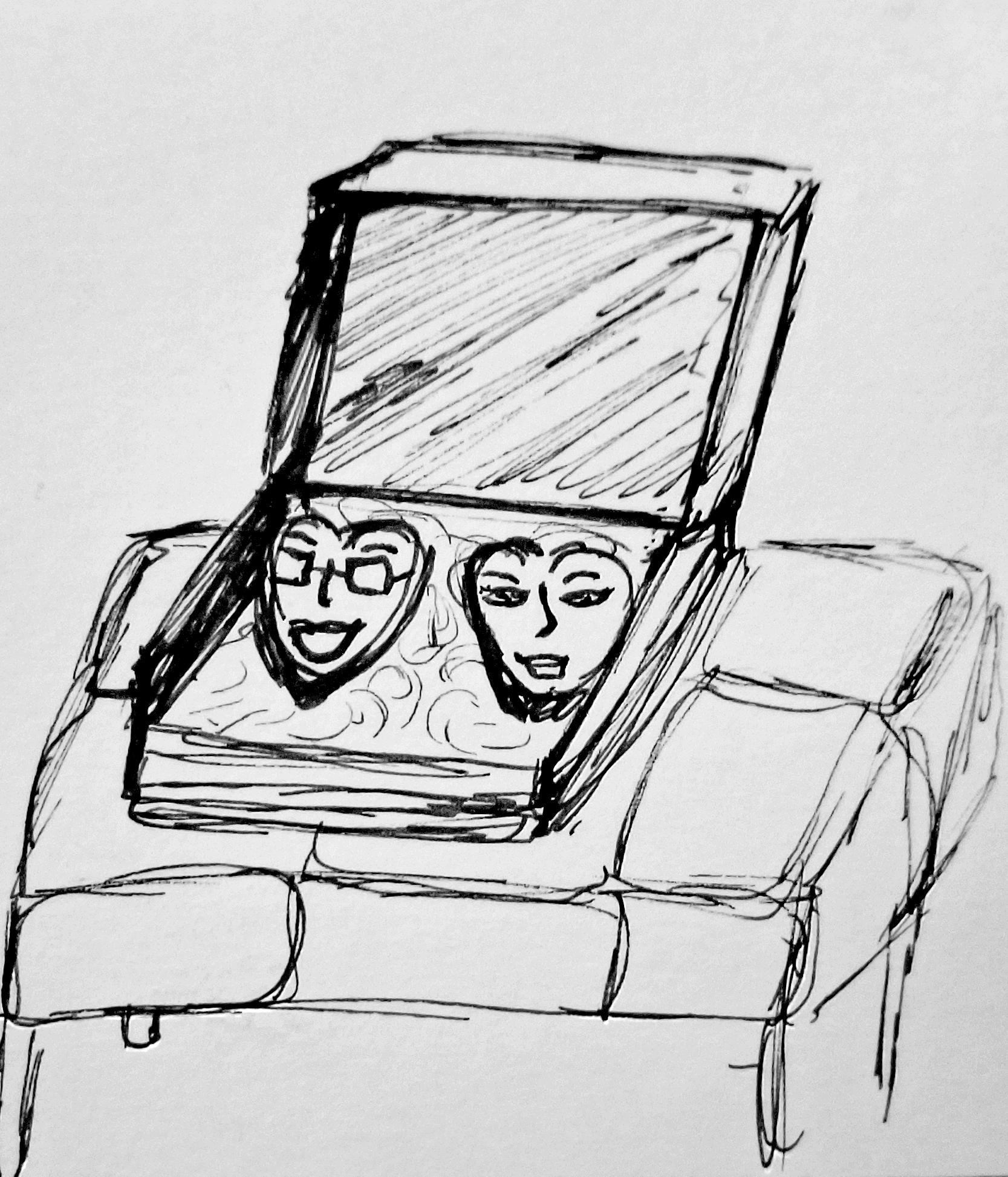 Those outings did not last long; soon I would have to meander back to my room, paint on my fake smile, take selfies because it is easier than faking a conversation, and hide the discomfort from the knots in my stomach, the heat concentrated in my face, and the small earthquakes forming in my hands.

After a long day, I would return to the drab room, reflecting on the facade I had to keep and the dark circles forming under my eyes. The mirror does nothing to quell my insecurities as it had the uncanny ability to highlight every flaw. 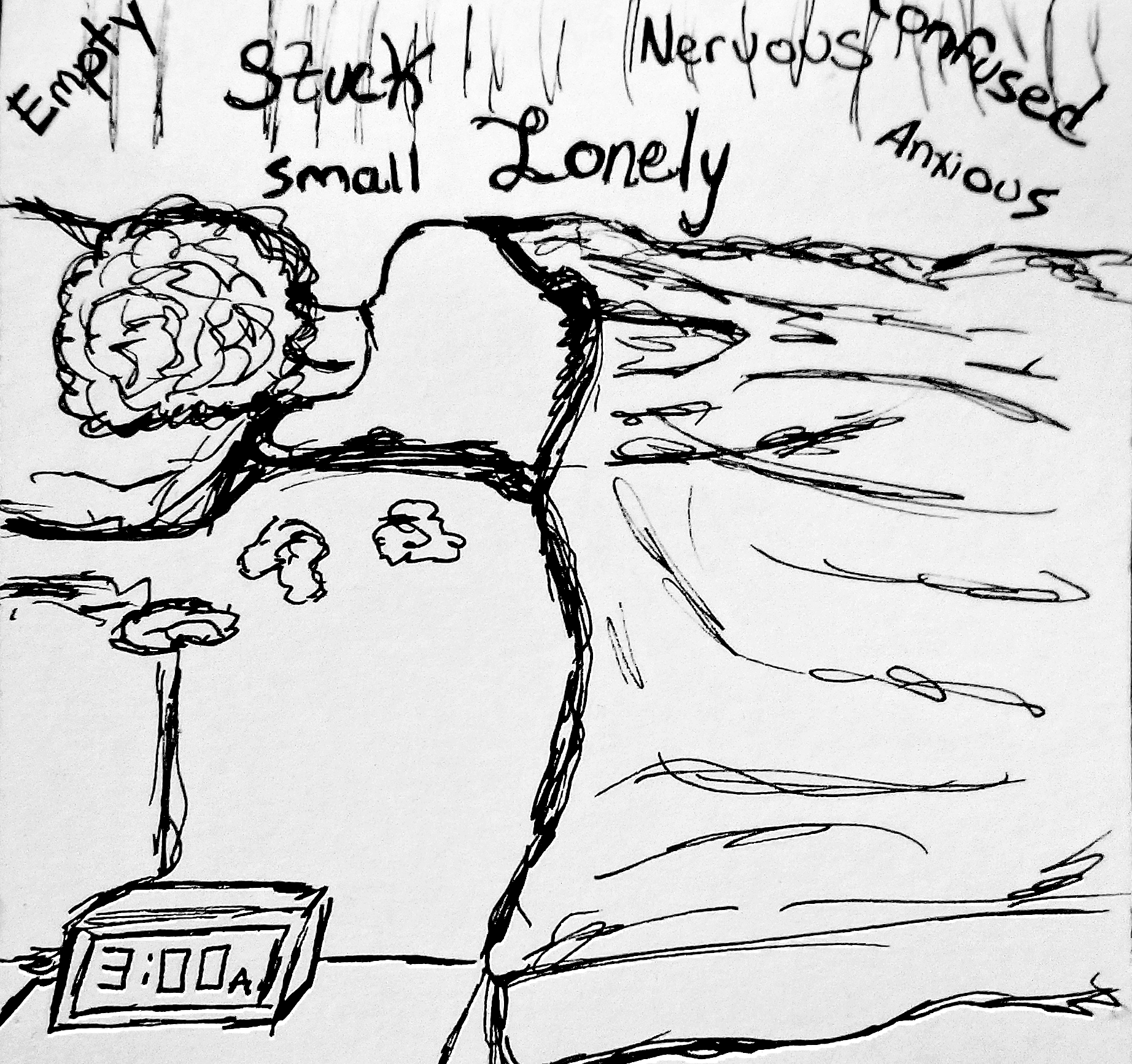 I questioned my friendships, my career choices, my relationship, my future, how my hair was styled, and everything in between. Which happens day to day, but at night, the acoustics changed in the room and the subconscious voices seemed to speak with a loud cacophonous echo.

I texted my mom, a former frequent business traveler, and asked if she ever felt sad in a hotel room. Choosing to minimize how I was feeling, rather than reveal how I was struggling. She validated my feelings and told me that she would often feel so alone and she found it scary too.

I was granted small reprieves when I would video chat for an hour or two with Austin. I would tell him about my day and would banter like we would at home together. However, due to the time difference and work, he would have to leave and the warm feelings would dissolve shortly after.

By day four, I decided I would no longer allow myself to succumb to the gloom that lurked behind me every time the door closed. Instead of focusing on the emptiness and loneliness, I decided to try and focus on the fact that I am okay. I am here. I am meeting people who may come in handy later. I am receiving compliments from people who do not really know me but see something in me. And if nothing else, I only had one more day and then I would be home. I would be back in my own space, my own bed, and in my own brand of daily anxiety and depression. That night, I had the best night’s sleep since I have been in Chicago. I only woke up when my alarm sang and the sunshine announced that day five had finally arrived.

That day, I closed my hotel room door for the last time with a smile on my face. The classes I still had to sit through and the mingling I engaged in did not seem all that bad. In a few hours, I would be on a plane home with my plain comforts waiting for me. 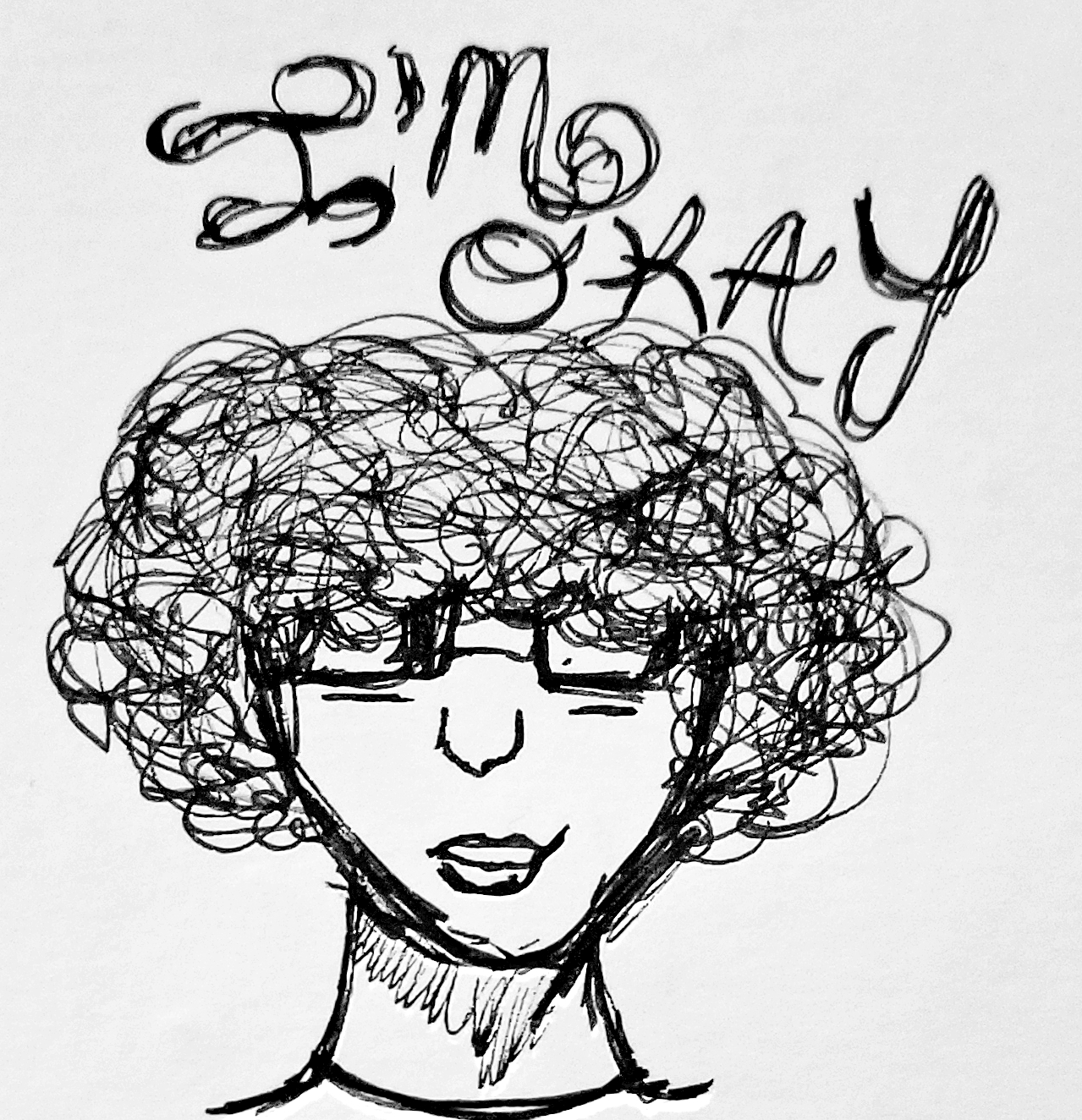 Then I began to think ‘maybe, just maybe, I can treat every day like leaving that hotel room’. I can close the door on the black and white thinking, the constant worry, the fear of the unknown, and the biting insecurities. Maybe I can open the door to being happy with the small stuff, expressing gratitude for who I am and what I have, and focusing on what is right ahead of me. Maybe that hotel heartbreak was worth something after all.

Hello, gentlepeople! My name is Tiara (She/They/Pronoun fluid). I am a social worker, introvert, writer, and fellow awkward human being. I started my blog, Muted Mouthful, in 2018 as a hobby to help me untangle some of life's messiness. I have always felt out of place and misunderstood. My mind is loud, but my voice is quiet, and I needed a safe space to unload. Muted Mouthful is an extension of myself. It allows me to communicate my feelings, thoughts, and questions without judgment. As a Black, Puerto Rican, queer and non-binary person, my perspective and lived experiences are "supposed" to stay suppressed. My blog tells my story through personal essays, creative writing, and random shenanigans.

Thank you for your presence!